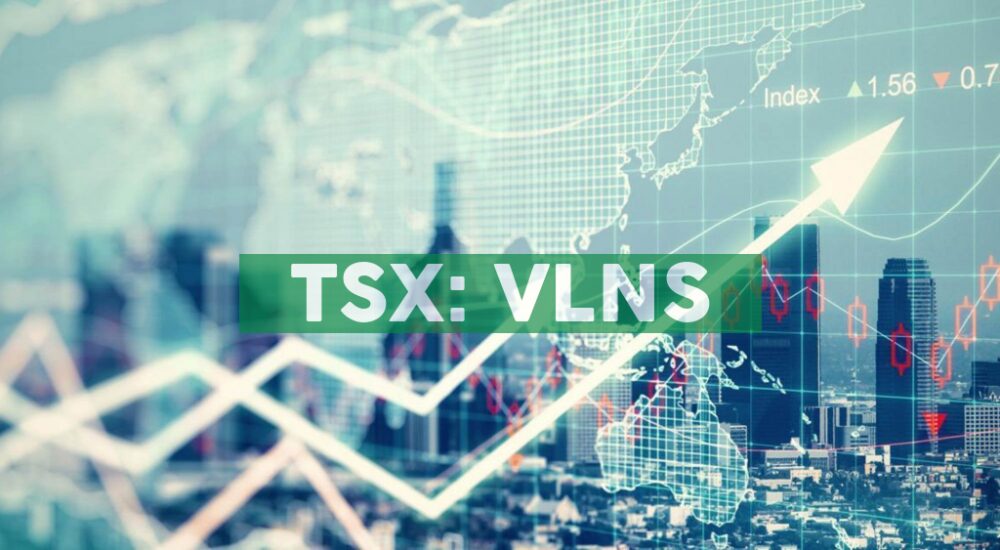 Both Leading Independent Proxy Advisors Recommend Shareholders Of The Valens Company Inc. Vote For The Proposed Arrangement With Sndl Inc.

Shareholders are encouraged to vote well in advance of the proxy deadline of November 25, 2022 at 10:00 a.m. (Toronto time)

Shareholders who have questions or need assistance in voting should contact Laurel Hill Advisory Group by telephone at 1-877-452-7184 (North American Toll Free) or 1-416-304-0211 (Outside North America), or by email at [email protected]

KELOWNA, BC, Nov. 22, 2022 – The Valens Company Inc. (TSX: VLNS) (Nasdaq: VLNS) (the “Company” or “Valens”) is pleased to announce that both Institutional Shareholder Services (“ISS”) and Glass Lewis & Co. (“Glass Lewis”) have recommended that Valens shareholders (the “Valens Shareholders”) vote in favour of the arrangement resolution at the previously announced Special Meeting of Valens Shareholders (the “Meeting”). The Meeting is being held in connection with the previously announced plan of arrangement (the “Arrangement”) under section 192 of the Canada Business Corporations Act (the “CBCA”) whereby SNDL Inc. (“SNDL”), will acquire all of the issued and outstanding common shares of the Company (the “Valens Shares”), and in return Valens Shareholders will receive, for each Valens share held, 0.3334 common shares (the “SNDL Shares”) of SNDL. The management information circular (the “Circular”) and other meeting materials were mailed to Valens Shareholders and can also be found under the Company’s profile on SEDAR (http://sedar.com), EDGAR (www.sec.gov) as well as on Valens’ website at https://thevalenscompany.com/special-meeting/.

As an independent proxy advisory firm, ISS has approximately 3,400 clients including many of the world’s leading institutional investors who rely on ISS’ objective and impartial analysis to make important voting decisions.

“The proposed amalgamation makes strategic sense as completion of the arrangement is expected to produce upwards of $15 million of additional EBITDA on an annual run-rate basis through synergies and other strategic initiatives and provide the combined company with a larger public float and greater market liquidity” and,

“The arrangement is expected to produce $10 million in cost synergies. With expected revenue benefits from improved distribution of VLNS products… and a better capitalized entity that is expected to be a top licensed producer with top 10 market share in both overall cannabis and cannabis 2.0. In addition, the pro forma combined company is expected to be the highest revenue generating cannabis company in Canada currently trading well under its tangible book value.”

before recommending Valens Shareholders vote FOR the Arrangement.

Glass Lewis is an independent proxy advisor to institutional investors, covering 30,000 shareholder meetings each year, across approximately 100 global markets. Their customers include the majority of the world’s largest pension plans, mutual funds, and asset managers who collectively manage over $40 trillion in assets.

In the analysis underpinning their endorsement of the Arrangement, Glass Lewis found “…the proposed merger is based on a sensible strategic rationale… the merger exchange ratio provides the Company’s unaffiliated shareholders with a reasonable exchange of value” and that “[un]affiliated shareholders will continue to be able to participate in the potential future upside of the combined company…” leading to its positive recommendation.

The Valens board of directors (the “Valens Board”), after consultation with its financial and legal advisors, and after careful consideration of, among other factors, the unanimous recommendation of the Valens Special Committee (as defined in the Circular) and the receipt of the fairness opinion of Cormark Securities, (i) has unanimously determined that the Arrangement is in the best interests of Valens, and that the consideration being offered to Valens Shareholders is fair, from a financial point of view, (ii) has unanimously approved the Arrangement and (iii) recommends that the Valens Shareholders vote FOR the Arrangement (in each case except for the abstentions of two directors for reasons set out in the Circular).

REASONS TO SUPPORT THE ARRANGEMENT

The special meeting of Valens Shareholders will be held on Tuesday, November 29, 2022, at 10:00 a.m. (Toronto time), at Offices of Stikeman Elliott LLP 5300 Commerce Court West, 199 Bay Street, Toronto, Ontario M5L 1B9. Valens Shareholders are encouraged to vote in advance of the meeting, in accordance with the instructions accompanying the form of proxy or voting instruction form mailed to shareholders together with the Circular. Further details and voting instructions can be found in the Circular in the section entitled “The Meeting – Voting of Proxies and Exercise of Discretion“.

Valens Shareholders who have questions or need assistance in voting should contact Laurel Hill Advisory Group by telephone at 1-877-452-7184 (North American Toll Free) or 1-416- 304-0211 (Outside North America), or by email at [email protected].

About The Valens Company

The Valens Company is a global leader in the end-to-end development and manufacturing of innovative, cannabinoid-based products. The Valens Company is focused on being the partner of choice for leading Canadian and international cannabis brands by providing best-in-class, proprietary services including CO2, ethanol, hydrocarbon, solvent-less and terpene extraction, analytical testing, formulation and product development and custom manufacturing. Valens is the largest third-party extraction company in Canada with an annual capacity of 425,000 kg of dried cannabis and hemp biomass at our purpose-built facility in Kelowna, British Columbia which is in the process of becoming European Union (EU) Good Manufacturing Practices (GMP) compliant. The Valens Company currently offers a wide range of product formats, including tinctures, two-piece caps, soft gels, oral sprays and vape pens as well as beverages, concentrates, topicals, edibles, injectables, natural health products and has a strong pipeline of next-generation products in development for future release. Finally, The Valens Company’s wholly-owned subsidiary Valens Labs is a Health Canada licensed ISO 17025 accredited cannabis testing lab providing sector-leading analytical services and has partnered with Thermo Fisher Scientific to develop a Centre of Excellence in Plant-Based Science. For more information, please visit https://thevalenscompany.com. The Valens Company’s investor deck can be found specifically at https://thevalenscompany.com/investors/.

This news release contains statements and information that, to the extent that they are not historical fact, may constitute “forward-looking information” or “forward-looking statements” within the meaning of applicable securities legislation (“forward-looking information”). Forward-looking information is typically, but not always, identified by the use of words such as “will”, “expected”, “projected”, “to be” and similar words, including negatives thereof, or other similar expressions concerning matters that are not historical facts. Forward-looking information in this news release includes, but is not limited to, statements regarding: the completion of the Arrangement on the current terms thereof; the market value of the consideration to be received by Valens Shareholders; the combined company and its future business plans and growth going forward; the anticipated benefits associated with the Arrangement; the reasons to support the Arrangement; the market liquidity of SNDL Shares; the Meeting expected to take place on November 29, 2022; the tax-deferred nature of the exchange of Valens shares for SNDL Shares; and SNDL’s capital base supporting Valens’ expansion and opening up new market opportunities.

Such forward-looking information is based on various assumptions and factors that may prove to be incorrect, including, but not limited to, factors and assumptions with respect to: the Arrangement being completed on the timelines and on the terms currently anticipated; all necessary shareholder, court and regulatory approvals being obtained on the timelines and in the manner currently anticipated; the anticipated benefits of the Arrangement; the business and operations of Valens, including that its business will continue to operate in a manner consistent with past practice and pursuant to certain industry and market conditions; the ability of Valens to successfully implement its strategic plans and initiatives and whether such strategic plans and initiatives will yield the expected benefits; and the receipt by Valens of necessary approvals and authorizations (as applicable) from regulatory authorities, and the timing thereof.

Although Valens believes that the assumptions and factors on which such forward-looking information is based are reasonable, undue reliance should not be placed on the forward-looking information because Valens can give no assurance that it will prove to be correct or that any of the events anticipated by such forward-looking information will transpire or occur, or if any of them do so, what benefits Valens will derive therefrom. Actual results could differ materially from those currently anticipated due to a number of factors and risks including, but not limited to: the risk that the Arrangement is not completed as anticipated or at all, including the timing thereof, and if completed, that the benefits thereof will not be as anticipated; the risk that necessary shareholder, court or regulatory approvals are not obtained as anticipated or at all, and the timing thereof; the risk that the conditions to closing of the Arrangement are not satisfied or waived; risks associated with general economic conditions; adverse industry events; future legislative, tax and regulatory developments, including developments that may impact the closing of the Arrangement as anticipated or at all; conditions in the liquor and cannabis industries; the risk that Valens does not receive the necessary approvals and/or authorizations; the ability of management to execute its business strategy, objectives and plans; the availability of capital to fund the build-out and opening of additional retail liquor or cannabis stores; and the impact of general economic conditions and the COVID-19 pandemic in Canada.

Additional information regarding risks and uncertainties relating to Valens’ business are contained under the heading “Risk Factors” in Valens’ annual information form for the financial year ended November 30, 2021 dated February 28, 2022 and Valens’ Circular in respect of the Meeting as filed with applicable securities regulatory authorities in Canada and as filed with the U.S. Securities and Exchange Commission. The forward-looking information included in this news release is made as of the date of this news release. Valens does not undertake an obligation to publicly update such forward-looking information to reflect new information, subsequent events or otherwise, except as required by applicable law.

Non-IFRS measures and industry specific metrics are used to provide investors with supplemental measures of Valens’ operating performance and liquidity and thus highlight trends in Valens’ business that may not otherwise be apparent when relying solely on IFRS measures and enable comparison with other companies in the cannabis industry. Valens’ management also uses non-IFRS measures, non-IFRS ratios and supplementary financial measures, in order to facilitate operating performance comparisons from period to period, to prepare annual operating budgets and forecasts and to determine components of executive compensation.

For relevant information about non-IFRS measures used in this document, see the “Non-GAAP Performance Measures and Ratios” section in the Company’s management’s discussion and analysis for the three and nine months ended August 31, 2022, which is hereby incorporated by reference and is available for review at http://sedar.com. 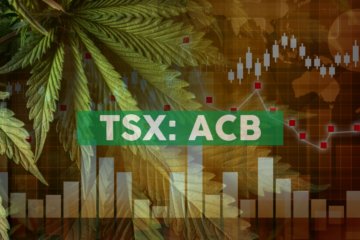 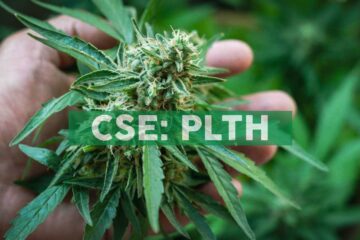 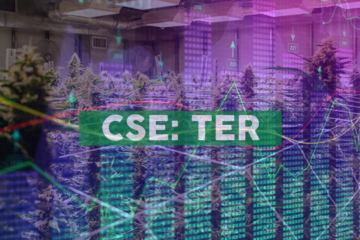 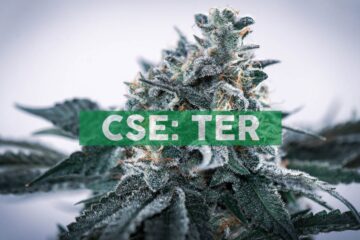 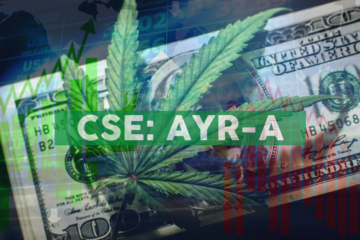 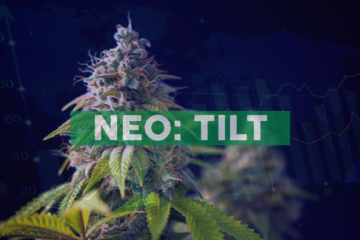 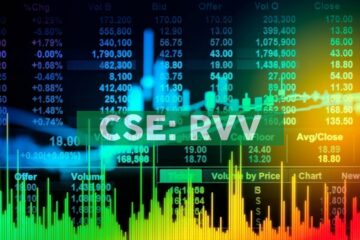 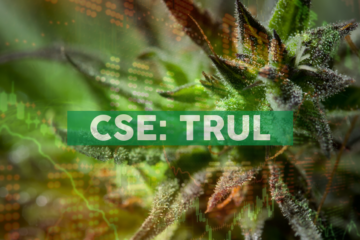 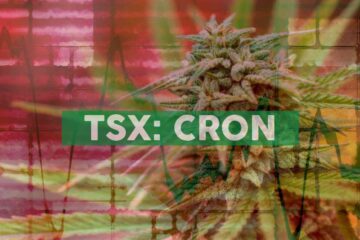 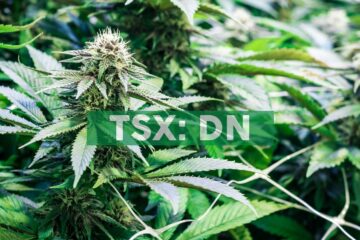 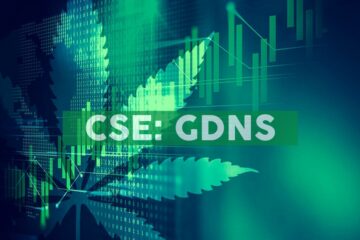 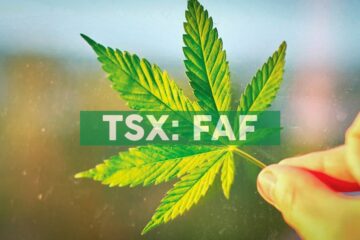 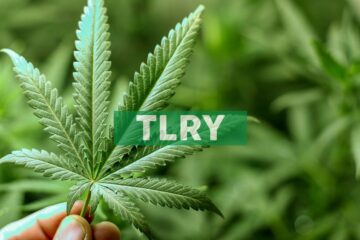 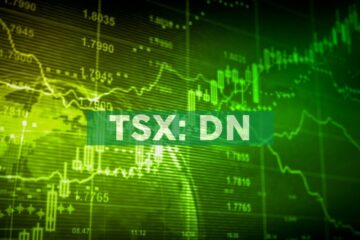