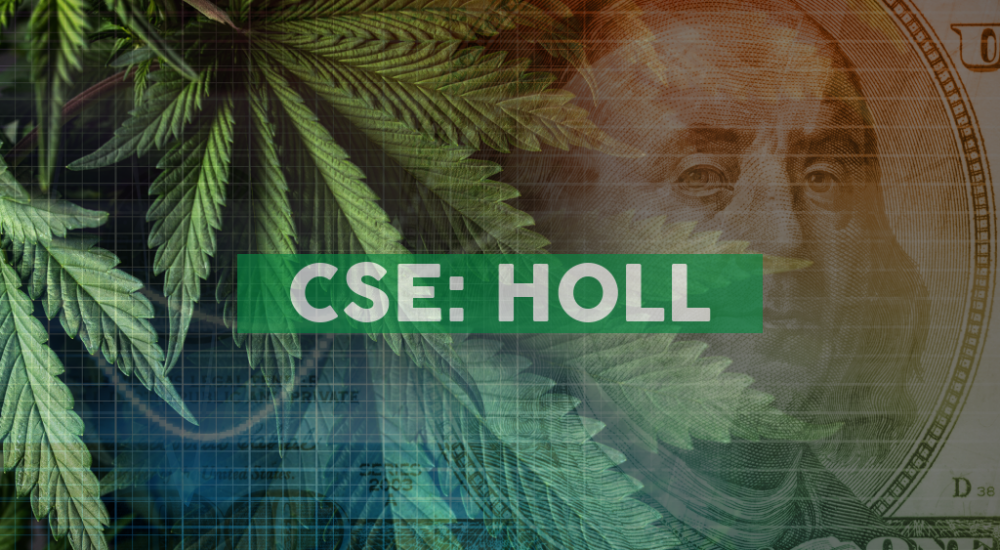 All of the matters put forward before the Company’s shareholders for consideration and approval, as listed in the management information circular of the Company dated October 18, 2021 (the “Circular“), were approved by the requisite majority of votes cast at the Meeting. This includes the election of all six (6) Board of Director nominees listed in the Circular: Jakob Ripshtein, Jacob Cohen, Eula Adams, Lily Dash, Kevin Harrington, and Brett Mecum.

Shareholders approved the creation of a new class of shares designated as proportionate voting shares (“PVS“). As previously announced, holders of PVS will be entitled to 1,000 votes in respect of each PVS held. No dividend will be declared or paid on the PVS unless the Company simultaneously declares or pays, as applicable, equivalent dividends (on an as converted to common share basis) on the common shares in the capital of the Company (the “Common Shares“). In addition, each PVS will be convertible into 1,000 Common Shares.

Board of Director Biographies

Mr. Jakob Ripshtein, CPA – Mr. Ripshtein served as the President of Aphria Inc. (“Aphria“), which was acquired by Tilray, Inc. (NASDAQ: TLRY), one of the largest cannabis companies in the world, and played an instrumental role in its growth throughout Canada, global product innovation and the integration of global supply networks. He joined Aphria after spending years as the Chief Financial Officer of Diageo North America Inc. (“Diageo“) (NYSE: DEO) and President of Diageo Canada, the multinational beverage giant behind such global brands as Johnnie Walker, Don Julio, Guinness, Baileys, Smirnoff and Captain Morgan. Prior to Diageo, Mr. Ripshtein held a variety of roles in finance, sales and strategy in various global companies and has been based in Canada, the U.S. and the U.K. Earlier in his career, Mr. Ripshtein oversaw business, sales and tax functions in the Canadian spirits, pharmaceutical and financial sectors. Mr. Ripshtein holds a Bachelor of Business Administration from York University, as well as a CPA and International Tax designation. Mr. Ripshtein is currently CEO of Perennial Brands Inc., a full life-cycle brand strategy organization.

Mr. Jacob Cohen – Mr. Cohen is the founder of Venom Extracts, one of the industry’s premier award- winning cannabis concentrate brands. Commencing in March 2020, Venom Extracts sales were consolidated with the Company’s sales and contributed approximately 95% of the Company’s overall sales. Venom Extracts’ product suite is a category leader in Arizona with over 4 million grams of cannabis sold in 2020, accounting for up to 30% of category sales state-wide (per BDS Analytics). Venom Extracts has strong brand recognition and distribution, with products in the vast majority of dispensaries in Arizona.

Mr. Eula Adams – Mr. Adams has had a highly accomplished career spanning five decades across a variety of industries serving public, private, government and philanthropic causes. He has an extensive history in executive leadership and governance roles of large, diverse organizations. Most recently, Mr. Adams served as a member of the board of directors and Chairman of the Audit Committee for Harvest Health & Recreation Inc. from December of 2019 through the recent completion of its acquisition by Trulieve Cannabis Corp. (CSE: TRUL), which formed the world’s largest legal seller of cannabis by revenue.

Mr. Adams is a graduate of Morris Brown College with a Bachelor of Science degree in accounting, a Master of Business Administration from Harvard Business School, and is a Certified Public Accountant. He spent 20 years with Deloitte (Public Accounting, Taxation and Management Consulting), was the former Executive Vice President of First Data Corporation (Payments and Money Transfer); the former Senior Vice President of Sun Microsystems (Computer Servers, Storage Devices, Software and Services); and a former member of the Board of Directors of MasterCard (U.S. Region). His corporate rise led him to be named one of the 50 most powerful black executives by Fortune in July of 2002.

Lily Dash, ESQ – Ms. Dash’s background includes extensive governance, legal, transactional and emerging markets experience. Ms. Dash is a practicing lawyer, a dynamic entrepreneur with global experience, and a visionary technology and ESG founder. Ms. Dash’s vast experience and perspective will support the Company’s growth and expansion. Ms. Dash is a Chairwoman of the Board of Directors of Polymath Inc, Member of the Board of Directors of Earth Wallet, and Founder of Villabound Inc., Rexy Inc., and Co-Founder of WiFetch Inc.

Mr. Kevin Harrington – Mr. Harrington is a veteran CEO, bestselling author and platform-building entrepreneur known to millions as one of the original “sharks” on the 4x Emmy- winning ABC series Shark Tank. His many landmark achievements include inventing the infomercial, pioneering the As Seen on TV brand, co-founding the Electronic Retailers Association (ERA), serving as a co-founding board member of the Entrepreneurs’ Organization (EO) and creating HSN Direct as a joint venture with the Home Shopping Network. Twenty of his companies have each topped $100 million in revenue, and his behind-the-scenes work has helped produce billions more in global sales. He’s launched massively successful products like The Food Saver, Ginsu Knives, The Great Wok of China, The Flying Lure, and many more. He has worked with amazing celebrities like Billie Mays, Tony Little, Jack Lalanne, and George Foreman to name a few. Mr. Harrington then built on that success to help pioneer the As Seen on TV brand.

In 2013 after divesting of the As Seen on TV brand, Mr. Harrington joined the Board of Directors of an emerging start-up in the functional beverage space; Celsius Holdings Inc. (NASDAQ: CELH) (“Celsius“), which at the time had a share value of $0.22 and a total market cap of less than $10 million. Since then, Celsius has grown into a leading brand in the functional and energy beverage categories. Mr. Harrington served on the Board of Directors of Celsius until August 19th, 2021. Today, Celsius is valued at greater than $7.2 billion, and the share price is greater than $94 per share.

Brett Mecum – Mr. Mecum is an innovative and seasoned government relations professional with a record of success at the federal, state, and local level throughout the country. He is known for an ability to build long term relationships, collaborate with stakeholders, and engage organizational grassroots to ensure legislative policy goals are met. He is an expert at understanding legislative processes, bill drafting, and budget appropriations at all levels of government, and is an experienced political operative and fundraiser with expertise running high energy and high- profile political campaigns, political action committees, and independent expenditure committees.

Mr. Mecum is the Chief Executive Officer of a full-service government relations firm representing corporate, association, and non-profit sector clients in 12 state legislatures through policy development of short and long-term legislative objectives. He has managed 20+ programs that provide meaningful engagement for association members with lawmakers, successfully ended increased taxation schemes on Premium Cigars in Minnesota, Nebraska and New York; curbed new over-regulation of the premium cigar industry in Oklahoma and was the only lobbyist to successfully amend the Arizona Medical Marijuana Act with implementation of testing protocols and new regulatory enforcement of the industry by the Arizona Department of Health Services. Mr. Mecum is also regarded as a policy expert in the Blockchain and Cryptocurrency space and was the catalyst behind the state of Arizona creating its first Blockchain and Cryptocurrency task force.

Hollister Biosciences is a multi-state company with a portfolio of innovative, high-quality cannabis & hemp branded consumer products and white-labeling manufacturing. The Company’s products are sold in 370 dispensaries across Arizona and California. Hollister Biosciences wholly-owned brand, Venom Extracts, is a category-leading brand that sold more than 4 million grams in 2020, accounting for up to 30% of category sales in Arizona. 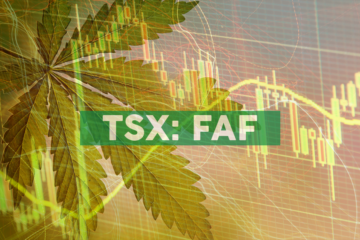 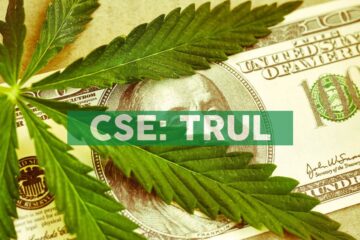 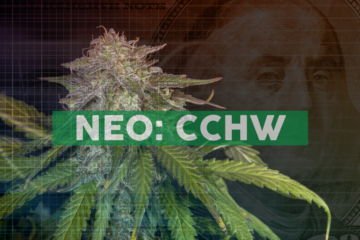 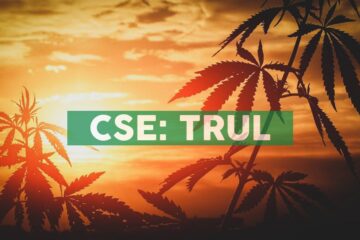 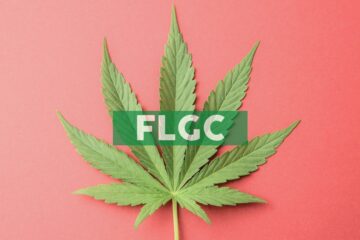 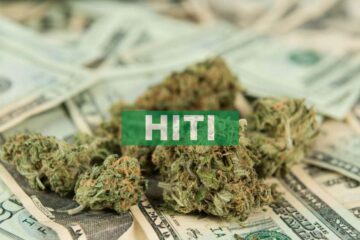 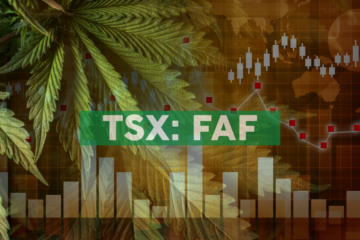 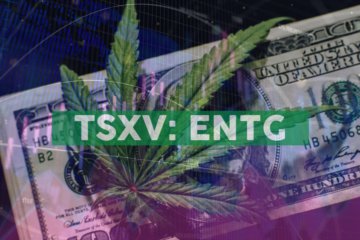 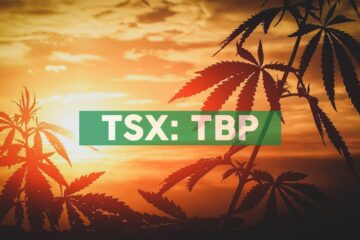 QIXLEEF™ Aerosol Meets the Criteria Established by the U.S. FDA for Delivery of Inhalation Aerosols 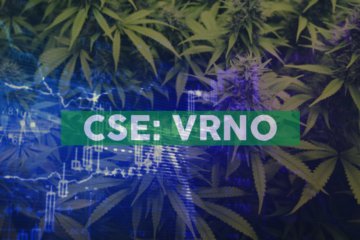 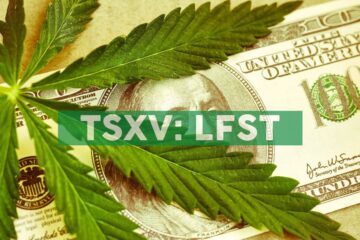 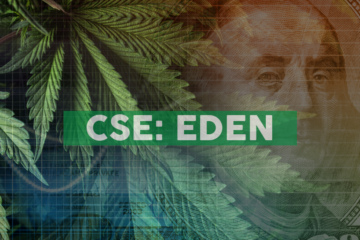 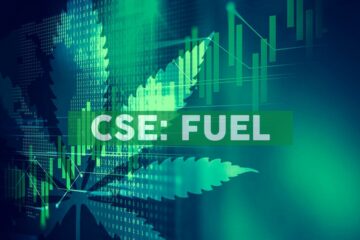 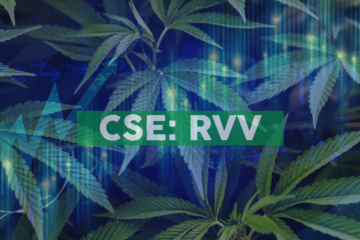 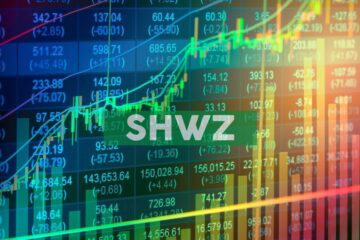 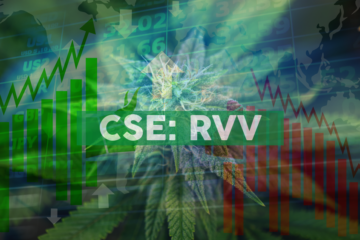 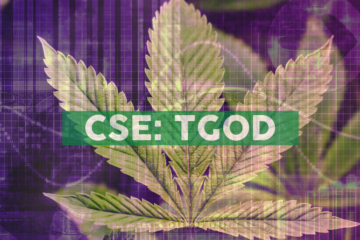 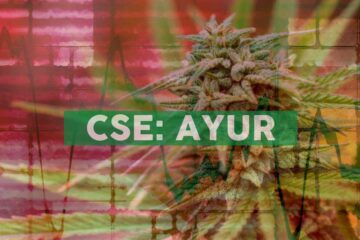 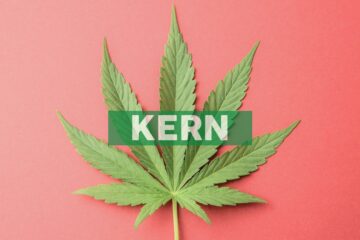