MedMen Enterprises Inc. (“MedMen” or the “Company”) (CSE: MMEN) (OTCQX: MMNFF), a leading cannabis retailer with operations across the U.S., today announced the closing of US$10,000,000 in additional gross proceeds under its senior secured convertible facility (the “Facility“) led by funds affiliated with Gotham Green Partners (“GGP“) together with certain additional amendments to the facility and to the securities previously issued thereunder.

“We are excited to announce continued support from Gotham Green Partners as we continue to execute on our turnaround plan and look to grow our business,” said MedMen Chairman and Interim CEO, Tom Lynch.

The Company has been advanced an additional US$10,000,000 in gross proceeds (the “Third Restatement Advance”) under the amendments to the Facility. In connection with the Third Restatement Advance, the Company also issued to the lenders 62,174,567 share purchase warrants of the Company (the “Third Restatement Warrants“), each of which is exercisable to purchase one Share for a period of five (5) years from the date of issuance at an exercise price equal to US$0.1608 per Share. In connection therewith, the Company is co-issuing, with its subsidiary MM CAN USA, Inc., additional senior secured convertible notes (the “Notes”) to the lenders under the Facility in an aggregate principal amount equal to the Third Restatement Advance with a conversion price per Class B Subordinate Voting Share (each a “Share“) equal to US$0.1608. As consideration for the purchase of the additional Notes pursuant to the increase in the size of the Facility, and for certain other amendments to the Facility, including certain covenant relief (collectively, the “Amendments“), participating lenders will receive a US$937,127 fee, to be paid in Notes with a conversion price of US$0.1608 per Share (the “Restatement Fee Notes“).

As further consideration for the Amendments, the conversion price for 28% of the existing Notes outstanding prior to Tranche 4 and the Incremental Advances thereunder (including paid-in-kind interest accrued on such Notes), being 28% of an aggregate principal amount of US$168,051,606, was amended to US$0.17 per Share. The Company cancelled 2,160,507 share purchase warrants of the Company (the “Existing Warrants“) held by holders of the existing Notes and, in exchange, issued 41,967,832 share purchase warrants of the Company (the “Replacement Warrants“) with an exercise price equal to US$0.1608 per Share.

The Notes issued in connection with the Third Restatement Advance, the Restatement Fee Notes, the Third Restatement Warrants, the Replacement Warrants and any Shares issuable as a result of conversion or exercise of the same, will be subject to a hold period from the date of issuance of such Notes or such Warrants as applicable, including under applicable United States securities laws, and will be subject to “down-round” price adjustment provisions under the Facility.

As a result of issuances under the unsecured convertible debenture facility announced on September 16, 2020, under the terms of the Facility prior to the Amendment, a total of approximately US$63.9 million of Convertible Notes have also had their conversion prices reduced to US$0.1529 per Share. Following this re-pricing and the Amendments, the Convertible Notes and the warrants held by the lenders under the Facility are convertible or exercisable into an aggregate of 1,332,311,349 Shares.

The Amendments, including the issuances of the securities related thereto, are considered to be a “related party transaction” under Multilateral Instrument 61-101 – Protection of Minority Security Holders in Special Transactions (“MI 61-101“) as GGP and its controlled funds are related parties to the Company. Unless there is an exemption, the Company would ordinarily be required to obtain a formal valuation and “minority approval”, being approval of disinterested shareholders of the Company, with respect to Amendments. As reported in the Company’s Unaudited Interim Condensed Consolidated Financial Statements for the Three Months Ended September 26, 2020 and September 28, 2019, the Company’s accumulated deficit and a negative net working capital (current liabilities greater than current assets) as of September 26, 2020, as well as a net loss and negative cash flow from operating activities for the reporting period then ended raise substantial doubt about the Company’s ability to continue as a going concern. The Company is relying on the exemption from a formal valuation available in section 5.5(b) of MI 61-101 and the exemption from minority approval exemption available in section 5.7(e) of MI 61-101. The Company meets the requirements set out section 5.5(b) of MI 61-101 because the Shares are only traded on the facilities of the Canadian Securities Exchange. The Company meets the requirements set out in section 5.7(e) of MI 61-101 based on the board of directors of the Company, acting in good faith, having determined, and the Company’s independent directors, acting in good faith, unanimously having determined that the Company is in serious financial difficulty, that the Amendments are designed to improve the Company’s financial position, and that the Amendments are reasonable in the Company’s circumstances. The material change report for the Amendments will not be filed more than 21 days prior to closing, as the transactions that constitute the related party transaction were effectively closed upon of execution of the Amendments, and until execution, there was no material change that could be disclosed.

Please refer to the Company’s news releases dated March 30, 2020, July 3, 2020 and September 16, 2020 and to other documents available on the Company’s profile at www.sedar.com for additional details regarding the Facility, including the amendments made thereto.

MedMen is North America’s leading cannabis retailer with flagship locations in Los Angeles, Las Vegas, Chicago, and New York. MedMen offers a robust selection of high-quality products, including MedMen-owned brands [statemade], LuxLyte, and MedMen Red through its premium retail stores, proprietary delivery service, as well as curbside and in-store pick up. MedMen Buds, an industry-first loyalty program, provides exclusive access to promotions, product drops and content. MedMen believes that a world where cannabis is legal and regulated is safer, healthier and happier. Learn more about MedMen and The MedMen Foundation at www.medmen.com.

Forward-looking information and statements are not a guarantee of future performance and are based upon estimates and assumptions of management at the date the statements are made, including among other things, estimates and assumptions about contemplated dispositions being completed on current terms and current contemplated timelines; the ability to satisfy operational and financial covenants under the Company’s existing debt obligations and leases; achieving the anticipated results of the Company’s strategic plans; the amount of savings expected from cost-cutting measures and divestitures of non-core assets; the ability to manage anticipated and unanticipated costs; the ability to raise sufficient capital to advance the business of the Company and to fund planned operating and capital expenditures; the ability to sustain negative operating cash flows until profitability is achieved; and political, legislative and regulatory stability.

Forward-looking statements necessarily involve known and unknown risks, including, without limitation, risks and uncertainties related to the recent outbreak of COVID-19 and the impact it may have on the global economy and retail sector, particularly the cannabis retail sector in the states in which the Company operates, and on regulation of the Company’s activities in the states in which it operates, particularly if there is any resurgence of the pandemic in the future; changes in internal and external factors resulting in the inability to satisfy operational and financial covenants under the Company’s existing debt obligations and leases, and other ongoing obligations as they become payable, including the failure to comply with the covenants under the Facility or other credit agreements leading to defaults or enforcement against Company assets thereunder; the inability of management to successfully execute on the plans on the planned timetable; the inability to complete or delays in completing proposed dispositions, including as a result of the inability to obtain required regulatory approvals and third-party consents or failure to satisfy other conditions to such proposed dispositions; the loss of markets or market share; the permanent or temporary loss of licenses and permits reducing revenues; the dilutive impact of raising additional financing through equity or convertible debt, or from repricing existing share issuance obligations, such as those associated with the Facility, or issuing new share issuances obligations in connection with the Facility, given the decline in the Company’s share price; the inability to access sufficient capital from internal and external sources; the inability to access sufficient capital on favorable terms; adverse future legislative and regulatory developments involving medical and recreational marijuana; the risks of operating in the marijuana industry in the United States; adverse changes in tax laws; increasing competition; interest rate fluctuations; and those other risk factors discussed in the Company’s Form 10 (as amended), and other continuous disclosure filings, all available under the Company’s profile on www.sedar.com.

Forward-looking statements contained in this news release are expressly qualified by this cautionary note. 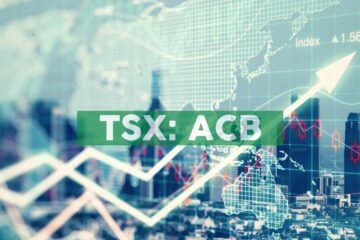 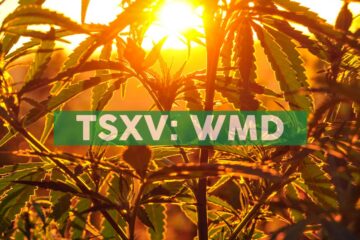 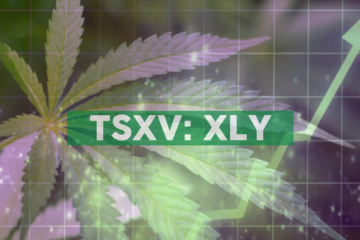 Auxly in Top Spot for 2.0 Products 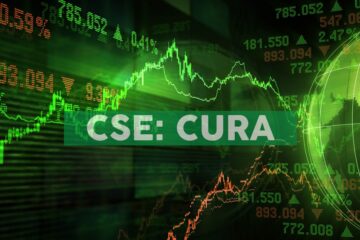 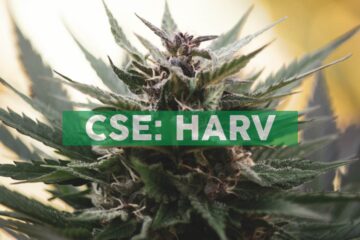 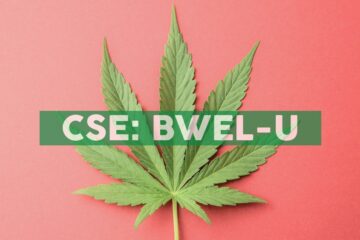 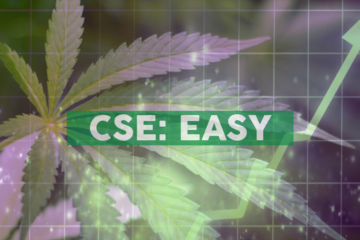 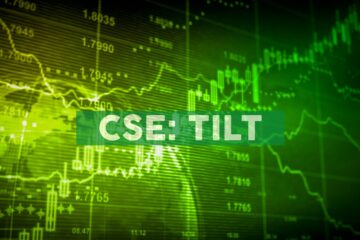 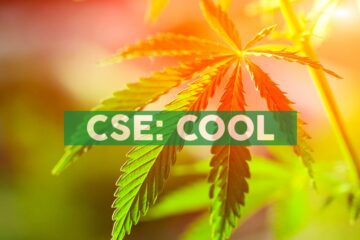 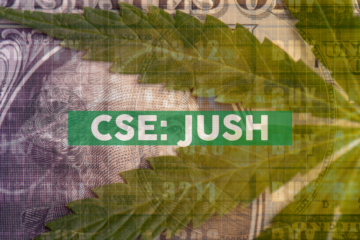 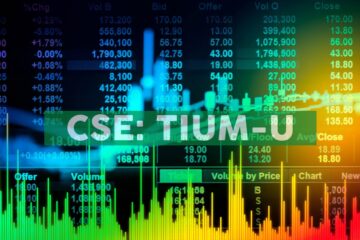 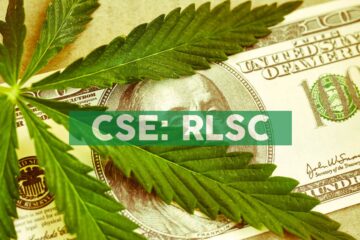