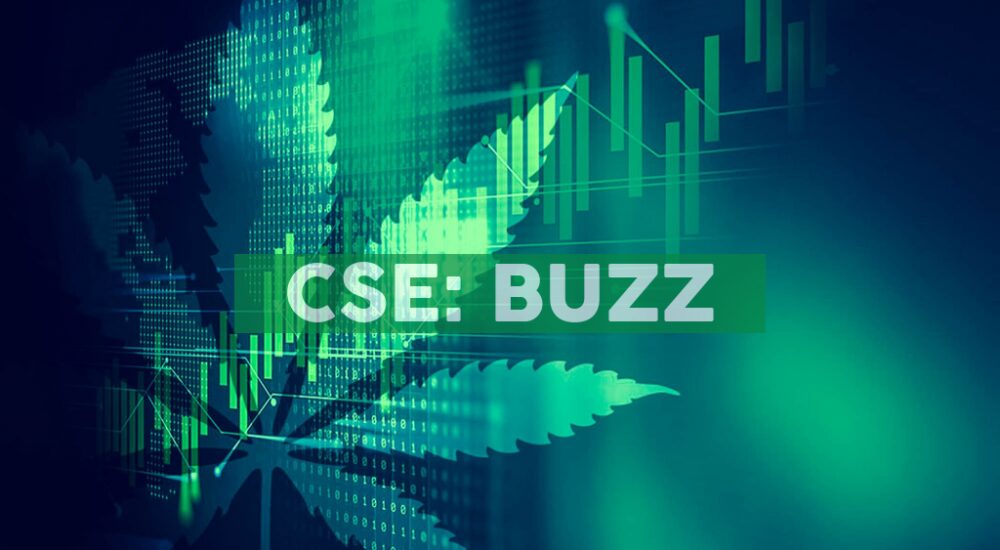 Pharmadrug Inc. Plans to Enter the Psychedelic Space with An LOI To Acquire Super Smart and Provides Business Update

Toronto, Ontario–(Newsfile Corp. – May 20, 2020) – Pharmadrug Inc. (CSE: BUZZ) (OTC: LMLLF) (“Pharmadrug”) is pleased to announce that it has entered into a non-binding letter of intent (the “Letter of Intent”) dated May 20, 2020 with Interrobang Ltd. doing business as Super Smart (herein referred to as “Super Smart”) which outlines the general terms and conditions of a proposed transaction (the “Proposed Transaction”) that will result in Pharmadrug acquiring all of the issued and outstanding common shares (the “Super Smart Shares”) and other securities of Super Smart.

Super Smart is an early-stage retail company focused on consolidating the fragmented Dutch smartshop market. Smartshops are retail establishments in The Netherlands that specialize in the sale of psychoactive substances including psychedelic truffles, which are an underground grown version of magic mushrooms that have psilocybin and are legal in The Netherlands. Super Smart will seek to acquire smartshops and deploy disciplined business expertise, retail best practices and consistent branding across multiple locations to capture in market share and improve margins in this rapidly growing segment. Super Smart’s management team is well suited to pursue the smartshop consolidation strategy and brings a proven track record in retail, marketing, brand building, web sales and customer education. Current members of the Super Smart management team include:

Mr. Resin has been worked in the cannabis industry for the last seventeen years. He first served as a supply chain consultant to the coffee-shop industry in Amsterdam and then as a founding member of an original Amsterdam seed company. This early participation in the cannabis industry also led to consulting work with Amsterdam’s smartshop industry. Mr. Resin has also served as a staff writer for High Times and also wrote for numerous cannabis publications including Cannabis Now, Skunk and a Medical Cannabis Journal.

Mr. Kasakevich is an experienced entrepreneur with a track record in the apparel and fashion industry. Mr. Kasakevich has strong skills in the areas of business development, brand building, corporate strategy, business planning, advertising, and retail sales.

The Company views the Proposed Transaction as a complementary acquisition of a proposed business which the Company anticipates will be synergistic with Pharmadrug’s existing European cannabis distributions business. The Company currently operates as a Medical Cannabis distributor in Europe and views psychedelics as part of the emerging natural based medicine trend. The Company is fully committed to its business in Germany and considers it to be the hub of its business activities in Europe. As mentioned in the press release dated April 24, 2020, German operation are seeing volume growth and the company expects volumes to continue to grow with plans to introduce medical cannabis under its own brand in the next 3 to 6 months. The acquisition of smartshops in The Netherlands is seen as a move towards vertical integration of its existing cannabis business insofar as smartshops act as retail outlets for cannabis products such as CBD products and cannabis paraphernalia. Furthermore, the Company believes the acquisition provides an opportunity to expand its existing operations into the psychedelics space as permitted by law. Management believes the Proposed Transaction is also a platform to potentially acquire synergistic assets.

More information about Super Smart is available on their website at slimwinkel.com

The Letter of Intent is to be superseded by a definitive agreement (the “Definitive Agreement”) between Pharmadrug and Super Smart with such agreement to include representations, warranties, covenants and conditions typical for a transaction of this nature. The Proposed Transaction is subject to, among other things, receipt of all applicable shareholder and regulatory approvals, the final approval of the Exchange and the satisfaction of customary closing conditions, including the conditions described below.

Conditions to the Proposed Transaction

Completion of the Proposed Transaction is subject to certain conditions precedent including, among other things:

Management and Board of Directors

The Company does not anticipate reconstituting its executive management team or Board of Directors in connection with the Proposed Transaction. It is expected that current members of the Super Smart management team will join the Company and occupy roles as senior business unit managers.

The Company also announced that it is planning to restructure the outstanding $400,000 principal amount convertible note due in November, 2020 (the “Convertible Note”) and the $600,000 short term promissory note (the “Promissory Note”), owing by the Company to the holders thereof. It is anticipated that the Convertible Note together with the accrued interest thereon will be exchanged for $400,000 principal amount of 12% convertible notes (“Replacement Notes”) that mature on the third anniversary of their issuance and will be convertible into Units at the holder’s option at a deemed issue price of $0.07 per Unit.

The Company also anticipates converting approximately $200,000 in payables into Units at a deemed issue price of $0.07 per Unit.

The foregoing debt restructuring is subject to receipt of applicable regulatory approvals.

The Company will be relying upon the exemptions in sections 5.5(b) (Issuer Not Listed on Specified Markets) and 5.7(1)(a) (Fair Market Value Not More Than 25 Per Cent of Market Capitalization) of Multilateral Instrument 61-101.

Termination of Prior Letter of Intent and Repayment of Loans

PharmaDrug Inc. is building an internationally focused cannabis business focused on Europe. The Company owns 80% of Pharmadrug GmbH, a German medical cannabis distributor, with a Schedule I European Union narcotics license allowing for the importation and distribution of medical cannabis to pharmacies in Germany and throughout the EU.

THE CANADIAN SECURITIES EXCHANGE HAS NOT REVIEWED NOR DOES IT ACCEPT RESPONSIBILITY FOR THE ADEQUACY OR ACCURACY OF THIS RELEASE.

This news release may contain forward-looking statements and information based on current expectations. These statements should not be read as guarantees of future performance or results of the Company. Forward looking statements in this press release relate to the potential to complete the Proposed Transaction and the timing thereof, the integration of the Smart Shop business and the completion of the debt restructuring. Such statements involve known and unknown risks, uncertainties and other factors that may cause actual results, performance or achievements to be materially different from those implied by such statements. Although such statements are based on management’s reasonable assumptions, there can be no assurance that such assumptions will prove to be correct. We assume no responsibility to update or revise them to reflect new events or circumstances. The Company’s securities have not been registered under the U.S. Securities Act of 1933, as amended (the “U.S. Securities Act”), or applicable state securities laws, and may not be offered or sold to, or for the account or benefit of, persons in the United States or “U.S. Persons”, as such term is defined in Regulations under the U.S. Securities Act, absent registration or an applicable exemption from such registration requirements. This press release shall not constitute an offer to sell or the solicitation of an offer to buy nor shall there be any sale of the securities in the United States or any jurisdiction in which such offer, solicitation or sale would be unlawful. Additionally, there are known and unknown risk factors which could cause the Company’s actual results, performance or achievements to be materially different from any future results, performance or achievements expressed or implied by the forward-looking information contained herein, such as, but not limited to dependence on obtaining regulatory approvals; the ability to locate additional supply of medical cannabis, owning interests in companies or projects that are engaged in activities currently considered illegal under United States federal law; changes in laws; limited operating history, reliance on management, requirements for additional financing, competition, hindering market growth; regulatory and political change. All forward-looking information herein is qualified in its entirety by this cautionary statement, and the Company disclaims any obligation to revise or update any such forward-looking information or to publicly announce the result of any revisions to any of the forward-looking information contained herein to reflect future results, events or developments, except as required by law.

To view the source version of this press release, please visit https://www.newsfilecorp.com/release/56214 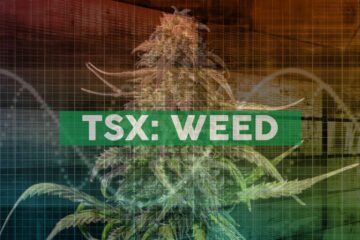 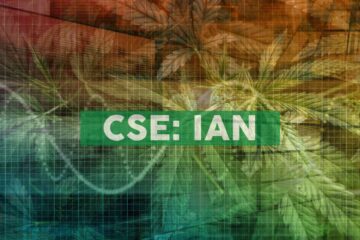 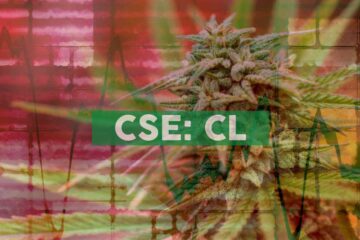 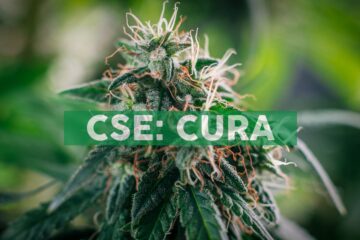 Curaleaf is First to Florida Market With Sublingual Tablets 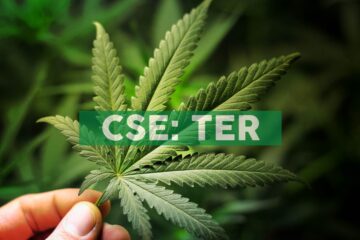 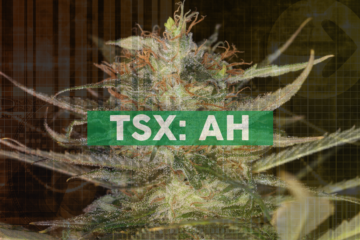 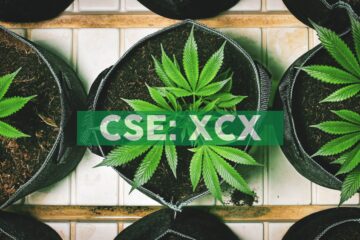 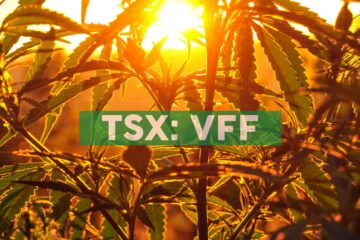 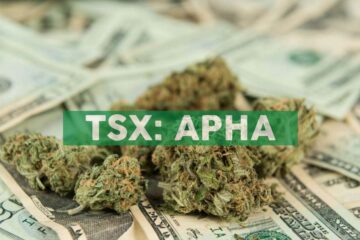 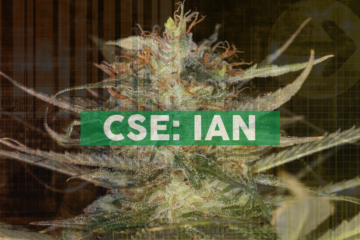 IAnthus Announces Resignation of Elizabeth Stavola as Officer and Director 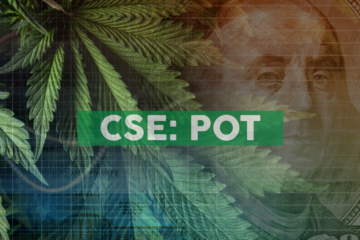 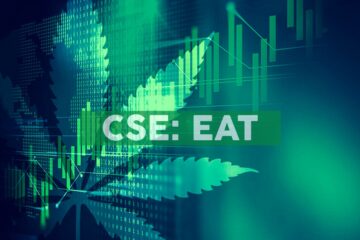 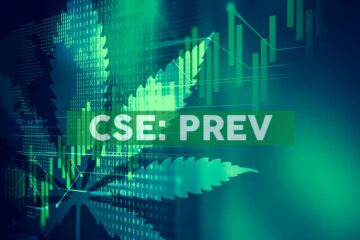 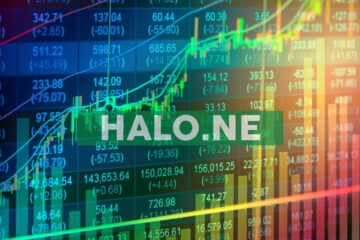 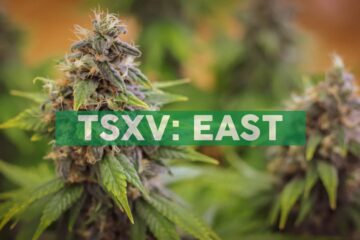 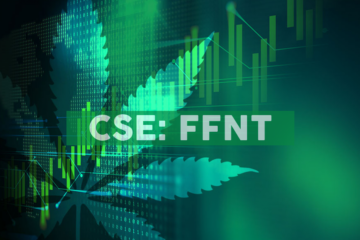 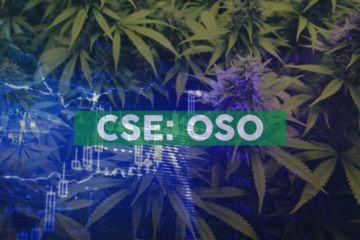 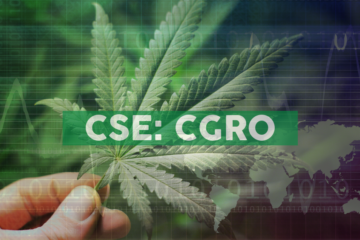 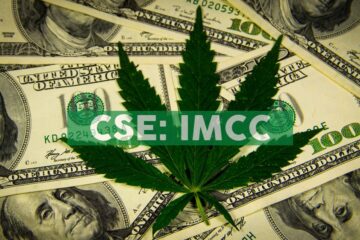